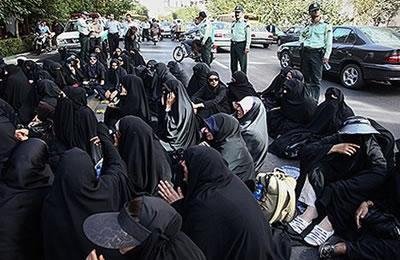 A number of female teachers staged a gathering in front of the Iranian regime’s parliament building, Monday, May 2, 2016, demanding official employment.

At the same time, a number of female instructors of the Literacy Movement held the second day of their protest, by holding a sit-in by the entrance to the parliament. They are also demanding official employment as well as their past-due wages.

A third protest was held, also on May 2, by the laid-off employees of the Education Ministry in front of the Majlis. They demanded being returned to their jobs. The protesters were mostly women who worked as servants in the educational facilities.