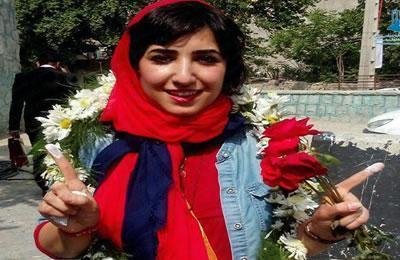 Imprisoned cartoonist and civil activist, Atena Faraghdani, was released from prison, in the evening of May 3, 2016.

Ms. Faraghdani had been sentenced to 12 years and 9 months imprisonment. The Review Court condemned her to 18 months imprisonment for “propaganda against the Islamic Republic of Iran”, but exonerated her from the charge of “association and collaboration to commit crime against national security.” Her three-year jail for “insulting the leader of the IRI” was suspended for four years.

Her nine-month sentence for insulting Rowhani, Majlis deputies and prison guards was also transformed to a fine.

The Roar of a Waterfall