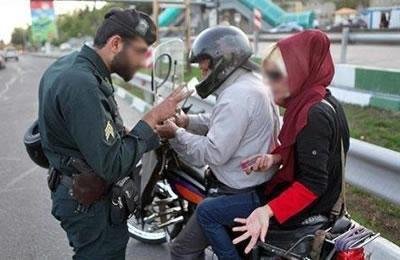 Iran – Women: “Not wearing the veil is against human rights!”

“Hijab has come for our peace. I believe not wearing a veil is against human rights.”

Mullah Mohsen Ghera’ati made the above remark in one of his so-called moral classes.

In further explanation of the mullahs’ fundamentalist views, he said, “I disagree with education and university because they train inefficient high school graduates, universities also train unskilled university graduates…. Girls with bachelor degrees do not accept to marry men with high school diplomas… The more universities a country has, it would have more crimes.” (State-run ISNA news agency – May 3, 2016)

Firouzabadi, head of the Armed Forces General Staff, also defended the plans to impose mandatory veil on women and said, “Moral security and social security are the Islamic Republic’s duties and the symbol of this security and the force to implement this security is the State Security Force.

Iran – Women: 18-year-old girl throws herself off a bridge