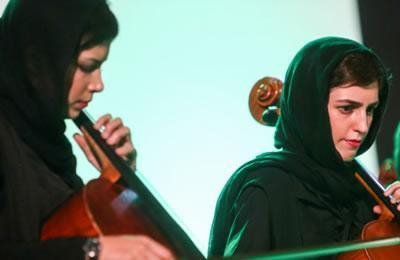 Female members of Hafez Nazeri’s orchestra were banned from performing in the third round of the group’s concert called “Nagofteh” (Unsaid) to be performed in the central city of Isfahan on May 19 and 21, 2016.

Hafez will perform some songs along with his father, the renowned singer, Shahram Nazeri.

The concert will be subsequently repeated in Neyshabour with the same structure.

Banning female players and singers from performing in public events is a misogynist policy of the Iranian regime, persistently followed up by the mullahs’ Guidance Ministry.