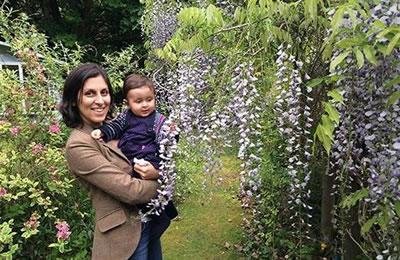 British-Iranian citizen, Nazanin Zaghari-Ratcliffe was arrested by the Revolutionary Guards while leaving Iran. Since her arrest a month ago, she has been kept in solitary confinement in Kerman.

She had travelled to Iran along with her 22-month-old daughter whose only British passport was taken at the airport and she would not be allowed to leave Iran.

Mrs. Zaghari has been deprived of legal representation since her arrest on April 3.  She was also deprived of calling her husband outside Iran and even visiting her infant daughter.

Nazanin Zaghari-Ratcliffe, 37, was cooperating with the Reuters while her main occupation was with charity foundations.

During a call with her family inside Iran, Mrs. Zaghari said she was forced to sign some papers while under interrogation about security matters.

According to the Iranian law, when an Iranian woman marries a foreign man, she would not be able to register her child as an Iranian citizen.