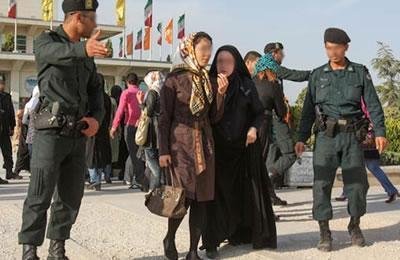 As crackdown is stepped up on Iranian women and youth with the approach of summer, young men and women stand up to the regime’s agents hand in hand.

On the evening of April 4, a young man and woman were questioned and harassed in Tehran’s Daneshjou Park by two suppressive SSF forces. The resistance of the two, sparked a clash between the agents and passers-by. The agents left the place fearing that people would gather and protest.

In another event on April 3, SSF forces insulted two young girls in Tehran’s Farahzad Street on the pretext of mal-veiling. The girls started protesting and quarrelling. Passing-by youths rushed to the aid of the girls. The reaction of young people made the SSF leave the scene in fear of a larger protest.