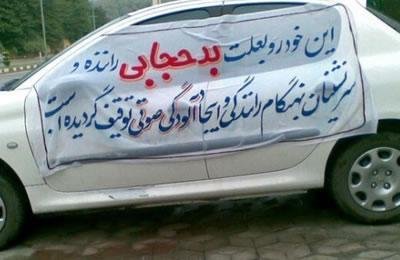 The Iranian regime has impounded 1333 vehicles on the pretext of mal-veiling in the central Alborz Province, alone.

Reporting on the progress of the plan to confront mal-veiling, the Public Prosecutor of Karaj, announced that since the beginning of the Iranian year 1394 (March 20, 2015), 1333 vehicles had been impounded among others for mal-veiling.