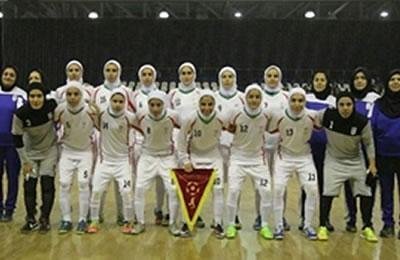 The Iranian female footsall national team left for Russia’s world tournament with only $20 a day.

This is one-fifth of the usual amount of funds paid to male national team members which is $100-150 a day.

Some footsallers protested after receiving such little money but nobody paid attention to their demand. Some had financial problems during the trip. (State-run ISNA news agency – May 13, 2016)

Meanwhile, Iranian women are not giving-up their efforts to fight back  such flagrant discriminations and are winning in world tournaments. Parvaneh Kazemi, who left for Nepal on April 10, 2016, ascended the fifth high mountain of the world. She is the first Iranian woman and the second Iranian to ascend China’s Makalungma Mountain, 8463meters high.