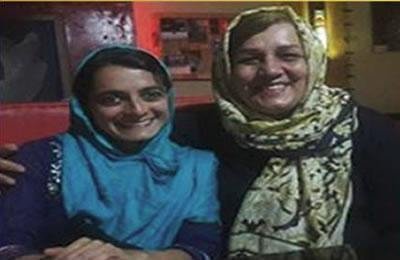 A young Indian director wrote a play on the execution of the Iranian heroine Reyhaneh Jabbari.

Ms. Fa’ezeh is a U.S. educated director who returned home to present her art.

After a thorough research on Reyhaneh Jabbari and her execution, her small group of artists performed the play called, 7/7/7, on stage. The play has been so far performed 20 times and has won a festival award in India. It is also going on stage in New York.

Faezeh travelled to Tehran to meet with Ms. Sholeh Pakravan, Reyhaneh’s mother. Ms. Pakravan thanked Ms. Faezeh and her acting team for their efforts and said: Art has a mission far beyond entertainment. The style of this artists is more than anything else, illuminating and educating based on humanity and justice.

Iran: Shame on this deceptive regime – woman cries out