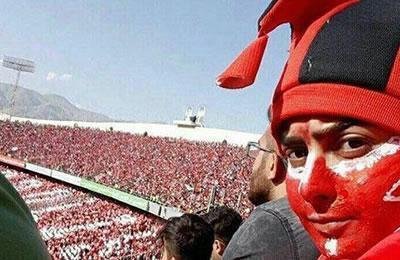 A 15-year-old girl, who had disguised herself as a boy, was arrested while attempting to enter Azadi stadium.

The girl had previously made a similar attempt, successfully, managing to watch the Perspolis-Esteghlal game in the stadium last month.

The Iranian regime’s laws banning women from entering stadiums have compelled many eager young women to change their appearances in order to enter stadiums to watch their favorite teams.