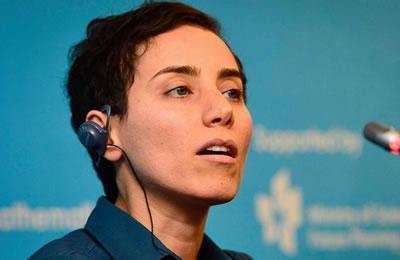 Iranian mathematician Maryam Mirzakhani was chosen as a member of the American National Academy of Sciences. She is the first woman to gain the Academy’s membership.

In 2014, Mirzakhani became both the first woman and the first Iranian honored with the Fields Medal, the most prestigious award in mathematics. The award committee cited her work in understanding the symmetry of curved surfaces. Although her work is considered “pure mathematics” and is mostly theoretical, it has implications for physics and quantum field theory, as well as for the study of prime numbers and cryptography.

Ms. Mirzakhani was born in Tehran in 1977, received her BS in mathematics in 1999 from Tehran’s Sharif Industrial University and earned her PhD in 2004 from Harvard University. Mirzakhani became known on the international mathematics scene as a teenager, winning gold medals at both the 1994 and 1995 International Math Olympiads — finishing with a perfect score in the latter competition.

In 2008 she became a professor of mathematics at Stanford, where she lives with her husband and three-year-old daughter. She has previously won the 2009 Blumenthal Award for the Advancement of Research in Pure Mathematics and the 2013 Satter Prize of the American Mathematical Society.