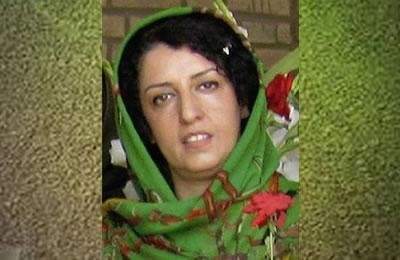 Nargess Mohammadi was sentenced to 16 years in prison on Wednesday, May 18, 2016, by the 15th Branch of Tehran’s Revolutionary Court. She has already served six years in prison.

Nargess Mohammadi, Vice President of the League of Human Rights Advocates, was arrested on May 5, 2015, at her home by security and judiciary forces without presenting any warrant and taken to Evin Prison.

She suffers from lung and muscular complications and is deprived of medical treatment. She has received a new charge of “insulting officers in hospital” for protesting their inhumane and improper treatment.