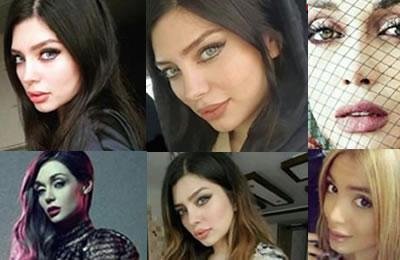 The Telegraph, May 16, 2016 – Eight Iranian models have been arrested for appearing online for an “un-Islamic” network, the country’s judicial system confirmed yesterday.

The announcement, by Tehran’s cyber-crimes court, confirms reports of disappearances of faces that had become well-known on social media feeds like Instagram.

The Islamic Republic has begun cracking down on liberalising trends particularly related to proper “hijab” – the covering of women’s hair out of modesty.

The court said a “sting” operation code-named “Spider 2” had been set up to trawl through social media feeds and find Iranian women posting pictures of themselves without hijab.

It said it had identified 170 accounts on Instagram, including 59 photographers and make-up artists, 58 individual models, 51 “fashion salon managers”, and others, that were responsible.

It said that one in five of all Instagram feeds in Iran were run by this “circle” that spread “immoral and un-Islamic culture and promiscuity”.

The court accused the models of making money from appearing online… The models are believed to be on bail, but facing heavy charges including “spreading prostitution” and “promoting corruption”.