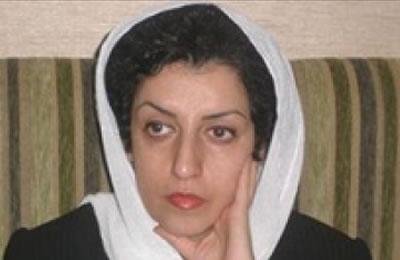 The NCRI Women’s Committee issued a statement on May 19, 2016, demanding abolition of the cruel prison sentence against Ms. Nargess Mohammadi as well as her immediate release from prison.

The statement reads in part:

The Women’s Committee of the National Council of Resistance of Iran strongly condemns the sentence issued by the Iranian judiciary against Ms. Nargess Mohammadi.

The ten-year imprisonment verdict for Ms. Mohammadi reveals the weakness, fear and instability of the clerical regime that has made it badly vulnerable to the slightest opposition or voice of protest.

The NCRI Women’s Committee vehemently denounces the international community’s silence over the tide of executions, arbitrary arrests, medieval punishments and other forms of crackdown by the Tehran regime.

The Women’s Committee calls on international human rights organizations, women’s rights activists and particularly the UN High Commissioner for Human Rights, the UN Special Rapporteur on the situation of human rights in Iran, the working group on arbitrary detentions, the UN Special Rapporteur on violence against women and other relevant bodies and officials to take urgent and effective measures to abolish the Iranian Judiciary’s ruling against Ms. Mohammadi and secure her immediate and unconditional release.

NCRI Women’s Committee calls on the world community to help cancel the cruel sentence issued against Ms. Mohammadi and secure her immediate release