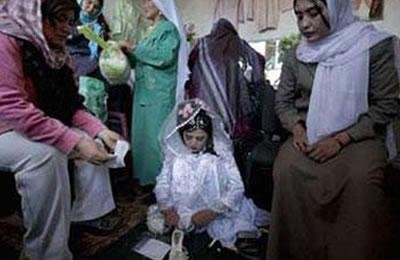 Six girls under the age of 10 were wedded in the western province of Kurdistan in the span of a year and 164 young girls were married to men at least 20 years older.

This was announced by the director of Kurdistan’s Census Department, Mohsen Aghaii.

He also noted the rising number of divorces and said: “During the same period, one divorce has been registered for every 4 marriages. Most of the divorces were registered by women between 20 and 24 years old.