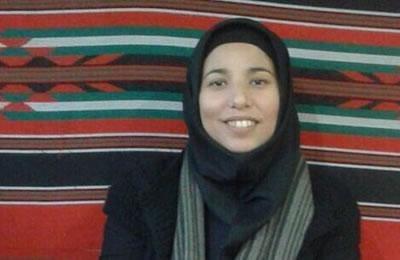 Arab environmental activist Zakieh Neisi was arrested on May 17, 2016. Ahwaz’s intelligence department, however, has been denying the arbitrary arrest in various ways.

Mos’ab Neisi, Zakieh’s brother, revealed that the intelligence department summoned his father on the morning of May 18, 2016, demanding that he denies his daughter’s arrest before the cameras, something that the father refused to do.

He also said that while his sister was still in detention, a message was posted on Zakieh’s Facebook page, saying, “I returned home after being summoned by the intelligence department and being interviewed about my environmental activities and how to follow up on them within the country’s legal frameworks.”

According to her brother, the literature used in the post was totally different from his sister’s. “The agents who took away her computer and mobile phone without any legal warrant, have accessed her FB account and published a fake post,” he said.

Posting fake messages on Facebook accounts or mobile phones of detainees is routine practice of the mullahs’ intelligence officials to mislead their friends and families and obtain more information.

After Zakieh’s arrest, her parents went to Ahwaz’s intelligence department and waited long hours in the hope to receive information about their daughter’s conditions, to no avail.

Zakieh Neisi, 26, is a graduate of Agricultural Engineering and active on environment as well as preservation of the Iranian Arabs’ culture, language and ethnic identity.

The Revolutionary Guards’ diversion of Karoon River’s water several years ago, has also aroused much protest by environmental activists and Zakieh Neisi had concentrated her activities on this issue for the past two years.

Mothers of martyrs and political prisoners and their activities