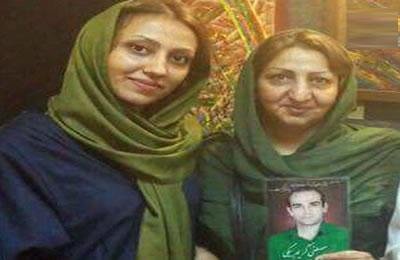 Iran – Women: Sister continues to be intimidated despite brother’s death

“After seven years, we are still not immune from frequent threats and harassments.”

Maryam Karim Beigi, sister of Mostafa Karim Beigi who was killed during the 2009 uprisings, says she and her family continue to be intimidated by the mullahs’ security agencies.

“In December 2010, my mother and I were arrested and interrogated along with a number of other activists after taking part in a memorial ceremony held for another martyr.”

“In 2014, I was fired from my job for looking like my brother and being related to him,” Maryam said.

Ms. Karim Beigi also explained about a recent incident where intelligence agents intimidated her, when she was alone at home. She said that she always has nightmares about getting killed by the Intelligence Ministry.