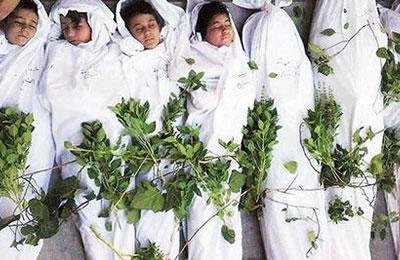 Some 60,000 people who have been killed in Bashar Assad’s prisons in Syria, include 53 women and 110 children.

The London-based Human Rights Watch of Syria added that the names of 14,456 of those killed in prison have been registered so far. Most of those losing their lives in Assad prisons have been tortured to death.

Fayez Sarah, member of the Syrian National Coalition, said these figures should be considered as being way below the actual figures because of five years of suppression and terrorism in Syria.