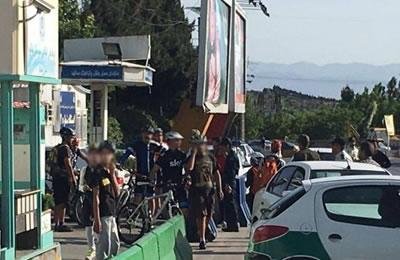 Suppressive forces arrested female and male bicycle riders in the northeastern city of Mashhad on May 20, 2016.

The State Security Force has announced that women are forbidden from riding bicycles and men are only allowed to do so if they wear trousers.

Such suppressive measures are inspired by the regime’s officials and high ranking mullahs such as Yousef Tabatabaii-Nejad, Khamenei’s representative in Isfahan, who stressed last week, “Women who ride bicycles in various parts of the city, cause insecurity in society.”