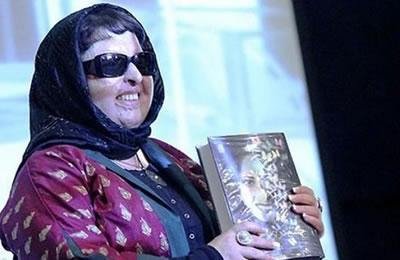 Ameneh Bahrami, an acid attack victim, faces numerous problems in living and treatment because the Iranian regime authorities have not delivered on their obligation to give her support.

In a letter to the General Prosecutore, Ameneh Bahrami complained that her blood money has not been fully paid to her and she is indebted to many people from whom she borrowed to pay for her treatment.

At the same time, her mother did not go to work because of her and she has not received her insurance, either. So, Ms. Bahrami and her family are stuck with great difficulties.

Ameneh Bahrami was splashed by acid by a man who wanted to marry her. He was subsequently sentenced to be blinded as retribution in kind, but Ms. Bahrami stopped this barbarity by forgiving the assailant and asked only for compensation (blood money) to pay for her treatment.

Iran – women: More arrests in a party in Kerman