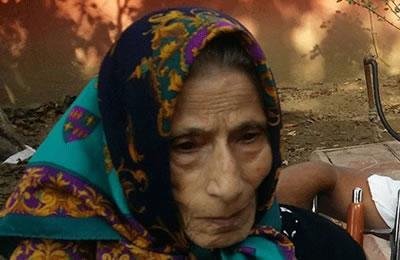 Mrs. Rokhsareh Pour-Shahmar (Dar-Afarin) passed away on Monday, May 23, 2016, in the northern city of Lahijan at age 87.

Mrs. Dar-Afarin had lost five of her sons at the hands of the clerical regime, but remained steadfast and resistant against the mullahs and proud of her children and thus enjoyed great respect and popularity among the people of northern Iran.

She was loyal to the cause of her children who were all executed for being members of the PMOI, the main opposition to the clerical regime.

Ardeshir Dar-Afarin was arrested in 1981 and executed in 1984. His brother, Taghi, was killed five days later after 15 days of torture in Lahijan’s Malek Ashraf prison.

Ardakan and Ardalan Dar-Afarin were arrested in 1981 at the age of 16 and 15, respectively. They were executed by the regime during the 1988 massacre of 30,000 political prisoners. Reza Dar-Afarin, the eldest son, was released from prison in 1986, but was ran over and killed in a fake car accident by one of the regime’s agents when he was walking in a sidewalk.

Mrs. Dar-Afarin was arrested and imprisoned in 1985 along with several other mothers in a secret memorial service held to commemorate youths slain by the regime in the city of Astaneh Ashrafieh. She spent some time in the Revolutionary Guards’ Prison and pressured tremendously, but remained resistant.

Iran – women: More arrests in a party in Kerman