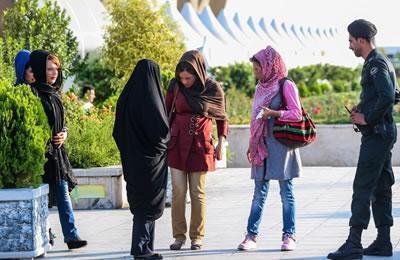 Why has women’s veiling turned into a Political Predicament in Iran?

Why Has Women’s Veiling Turned into a Political Predicament in Iran?

In any discussion on women’s clothing and veiling, the first thing is to distinguish between the question of veiling and the Iranian regime’s manipulation of this issue, turning it into a tool for suppression of women and subsequently the society in general.

Wearing clothes was an achievement of human civilization. It is a genuinely progressive social phenomenon, changing and evolving in accordance with cultural, economic, political and artistic development of human societies. Weather conditions, culture, type of job, social traditions, etc. have always had significant impact on defining the clothes people wear in any community.

As it has been reiterated in the Quran, clothes are not only for women but are a social issue that addresses both men and women.

People need not rely on religious decrees to choose their clothes. Such a choice can never be forced or imposed on anyone, either.

In addition, covering one’s hair has never been considered part of one’s clothes. Under the mullahs’ rule in Iran, where gender discrimination is the first and most fundamental pillar of the government, the question of clothing has been replaced by mandatory veil, and only for women.

Having failed to establish a regime compatible with the liberating and compassionate essence of Islam, the mullahs seek to somehow prove their claim to Islam by forcing the veil on women to the extent that they have turned it into a political issue.

While astronomical embezzlements, rampant addiction, prostitution, and unemployment and many other social ills have destroyed the society, the regime’s leaders claim that “the enemies of the state” are planning to topple the regime by promoting mal-veiling and non-veiling.

The misogynous mullahs think that if women are left free to choose their own clothes and covering, they would move on to gain more rights and remove the restrictions imposed on them which would, in turn, lead to a social upheaval, an existential threat to the regime.

Therefore, under the pretext of protecting women’s chastity and virtue, they send their thugs to the streets to humiliate, offend and crack down on women.

The fact is that the prime violators of women’s chastity are the misogynous mullahs who have made a tool out of the Quran and Islam to offend and humiliate women. Whereas there is no compulsion in Islam. Anything that forces people to do something, is not Islam but is absolutely unethical and illegitimate.

Nowhere in the Quran or the tradition of the Prophet, is it said that a woman has to be punished for not covering her hair.

There is no historical document indicating that any woman was ever punished for not observing the veil when the Prophet of Islam was alive.

Social development and evolution cannot be stopped by suppression, imprisonment and torture. The freedom-loving women of Iran have never surrendered to the mullahs’ coercion and they are the ones who will finally overthrow the regime.