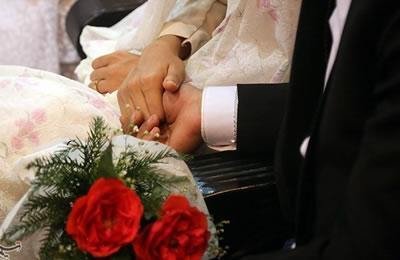 The mullahs’ regime ruling Iran takes advantage of every opportunity to intervene in the life of Iranian woman and creates problems and obstacles for her.

Marrying foreign nationals turns out to be one such issue. The state-run Tasnim news agency wrote in this regard:

Iranian women who intend to marry an alien, are obliged to fully observe all the protocols for this type of marriage.

The first step in such protocols is to get a marriage license.  The couple must apply for a marriage license at the Department of Foreign Nationals and Immigrants Affairs. They must enclose with their application, an official authorized certificate from the man’s home country which indicates that there is no problem for him to marry an Iranian woman. Of course, if the man is a refugee, naturally it is not possible to obtain such a certificate because he does not enjoy the support of his country’s political and consular agents.

This affects also the probable children because they do not have Iranian citizenship and the government does not issue them identification cards. Subsequently, they would not be able to go to school in Iran and would not enjoy any legal right to inheritance.

The Iranian laws further indicate that if a foreign man marries an Iranian woman without (government) permission, will be sentenced to prison.”