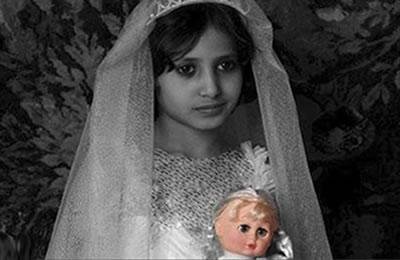 According to the census organization in the northwestern town of Tarshiz, a total number of 1.813 marriages have been registered from April 2015 to April 2016 in this city,

half of the women being between 10 and 19 years of age.

Mohammadreza Ibrahimi, a psychologist and university professor, said, “More than 50% of divorces are directly or indirectly related to early or under-age marriages. In many countries, not observing the legal age is considered a crime but unfortunately, it is not so in Iran.”