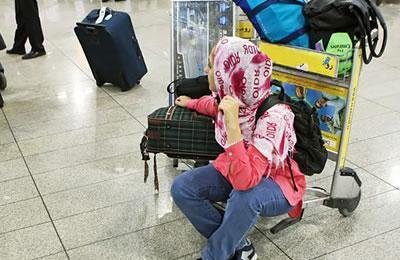 Maryam, 28, has a Master of Science in engineering. She has been working in a company for four years but now, she wants to leave the country in any way possible.

She says she was lucky to find a job, but it is not enough for her. “What I do does not suit my education and capabilities. I was a successful student. I entered university with a top grade and I love doing research. What I have here is not the height of my dreams,” Maryam said.

The Iranian parliament estimated the number of educated people leaving the country at 60,000 until 2010, with 40% of them being women. This figure is much lower than the actual figure today, considering the current situation of women in Iran.

Shahindokht Molaverdi, the presidential deputy for Women and Family Affairs, admitted last year that a great number of educated girls were seeking employment but there were no opportunities for them in the society.

The latest figure announced on unemployment of women under 30 years of age, is 85.9 percent.