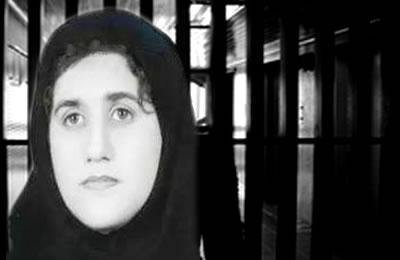 Kurdish activist, Afsaneh Bayazidi, was arrested by the intelligence security forces on May 25 without any warrant.

No government agency has undertaken the responsibility of this arrest, so far.

Ms. Darvishi, Afsaneh’s 62- year-old mother, expressed serious concern about her daughter’s conditions and said, “The agents entered the house without any legal warrant. Afsaneh refused to go with them, but they took her by force. They were intelligence agents. I knew one of them by name. “

Ms. Darvishi has been looking for her daughter in the cities of Boukan, Mahabad, Oroumieh and even Tehran with no success.

Afsaneh had been arrested in 2013, 2014 and 2015 on the charge of having contacts with Kurdish parties. She was in solitary confinement for two months where she was severely beaten up. They abused and beaten her up.

Ms. Darvishi pleads, “Free my daughter! She has neither taken up arms against the government, nor killed anybody.”