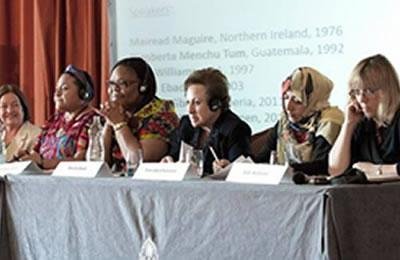 The Nobel laureates of the Nobel Women’s Initiative called on the Iranian regime on May 26, 2016, to immediately and unconditionally release Narges Mohammadi from the notorious Evin prison and stop persecution of human rights defenders.

In the statement, the laureates said, “Mohammadi’s re-arrest and harsh sentence sends a signal that Iran is using the criminal justice system as a tool of repression. Mohammadi’s peaceful activities are protected by international human rights law and treaties to which Iran is a signatory. Her detention is unjust and unlawful.

Christian prisoner returned to jail from hospital without treatment