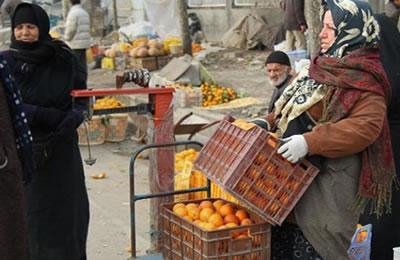 The phenomenon of female heads of household has turned into a new challenge in recent years. 70 per cent of the households headed by single parents in Iran are run by women.

The disclosure was made by Halimeh Enayat, sociologist and member of the Science Faculty of the University of Shiraz. In an interview with the state-run ISNA news agency, she said: The women who head their families can be divided into two groups. The first group are those who are officially divorced, widowed, abandoned by their husbands, or not married, at all. The second group, however, includes women whose husbands are alive or living with them, but for some reason do not work or are jailed, and the woman is in charge of breadwinning for the family.

Head of the Admissions Affairs and Social Works of Fars Province’s Charity Committee said 78,821 families headed by women are being aided by their agency.

The actual figures must be considered several folds greater than the official figures announced by the Iranian regime.

Previously, Rouhani’s deputy on women’s affairs Shahindokht Molaverdi, had admitted that the face of poverty in Iran has turned feminine.