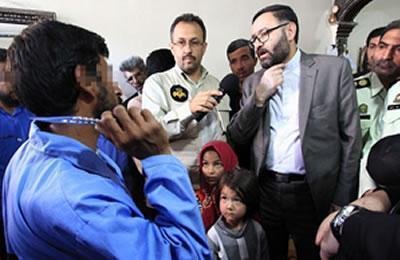 The pictures show a new kind of criminal investigation created by the Iranian regime published as an album in the state-run Mizan news agency on May 30, 2016.

The mullahs’ judicial authorities made two little girls confront a murderer to act out how he cut the throats of two girl children and confess to his murder.

The horrified faces of the innocent girls in the picture need no further explanation.