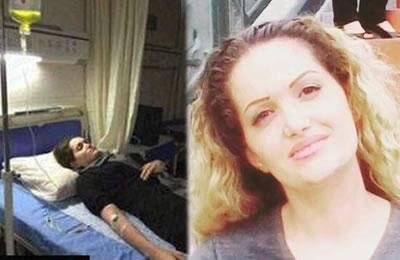 Prisoner of conscience Maryam Naghash Zargaran is in dire health conditions seven days after she started an unlimited hunger strike on May 26, 2016.

Her demand is to be conditionally released. A year ago, the Intelligence Ministry’s head interrogator, Alavi, said the demand could be granted. After one year, however, he is refusing to grant her conditional release or at least a medical leave. He has also prevented renewed hearing of her case.

Maryam Naghash Zargaran was arrested in 2013 along with Pastor Saeed Abedini who was recently released in exchange with Iranian prisoners in the United States.