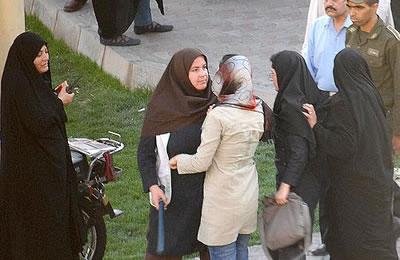 With the month of Ramadan only a few days away, the Iranian State Security Force issued a directive threatening women and youths with more suppressive measures.

The state-run Mehr news agency also quoted the Deputy SSF Commander in Khuzistan, Mohammad Salehi as saying, “With the beginning of the month of Ramadan, we will increase the number of moral security forces, police stations and plainclothes patrols in all districts.”

Every year, a large number of people are arrested, fined and even flogged across Iran in the month of Ramadan. There were even facts of pregnant women being flogged for drinking water in the public.