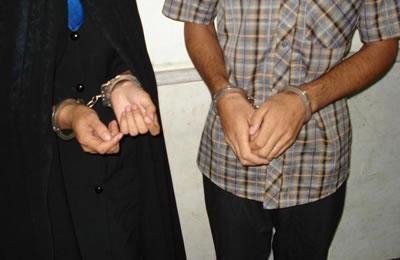 Seventy people were arrested in a tea shop in Tehran.

district at 3 a.m., Saturday, June 4, after receiving reports about the presence of some people in that place. Thirty women and 40 men were arrested in this raid and taken to the police station.