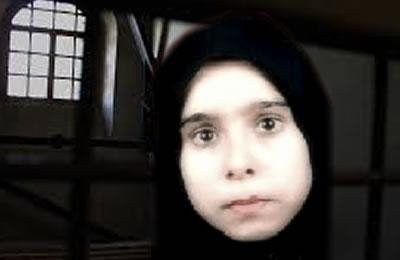 Iran: Vicious beating up of an imprisoned woman

Fahimeh Ismaili, Arab political prisoner from Ahwaz, was badly beaten up on Thursday, June 2, 2016, in Yassouj Prison and went unconscious.

Due to her critical condition, she was transferred to the dispensary and then to hospital, but was returned to prison on Friday.

Presently, she is in serious physical and mental conditions.

Ms. Ismaili, a primary school teacher, was arrested along with her husband on November 28, 2005 while she was eight months pregnant. A month later, she delivered her baby in her solitary confinement in the presence of interrogators.

She was later sentenced in court to 15 years in prison and banishment to Yassouj.

Her husband, Ali Motavarizadeh, was sentenced to death and executed on December 19, 2006.

Iran: Teacher fired for her beliefs