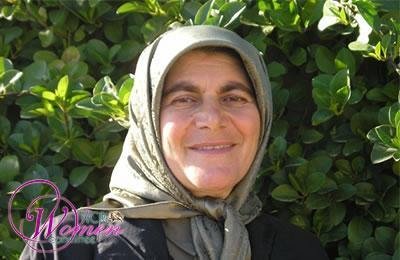 Fereshteh Hamedani: I love this path, its difficulties and its sweet moments

Among the sprouts and leafy greens here, in Camp Liberty, I can see the sprouts of hope for tomorrow’s Iran.

The sprouts of hope of my people and especially the people of Kurdistan who have been suppressed more than others all these years.

My name is Fereshteh. I come from the Iranian Kurdistan, from the city of Kerend, in the province of Kermanshah.

I have grown up in a tent in the mountains, where as my father used to say, “Warriors” are raised. To earn our living, we toiled very much. In winters, we lived in one place and in summers, in another place.

As a girl, going to school was one of the most difficult things for me because women had no identity in that society, to make decisions on their own to study or to make their own destiny! So, it was a great success when I finished my studies.

I never thought, however, that one day I would find myself among a group of freedom-fighting women who have a common goal.

In 1988, when the PMOI freedom fighters came to our region after crossing the border in one of their battles, I heard of their arrival.

I did not know them very well but was so enthusiastic to know more about them.

When they were passing through our region, I approached them and asked them to take me with them. Now, it has been 27 years that I have been with them…

Having grown up and lived in the mountains and tents, with my father and family, I never thought I would one day find myself here, in Camp Liberty.

In the goals of the PMOI, I have found freedom of the people of Kurdistan, Kurdish women’s achievement of true equality and their emancipation from pressure, subjugation, suicides, etc. I love this path and all its difficulties and sweet moments.

Here in Camp Liberty, every single one of the sprouts and trees I implant in my free time, is a sign of the bright and lively future of tomorrow. A future of freedom, with a democratic Iran, free from all the pressures and injustices.

No doubt that day is not far…

Iran: Women must stay home and not appear in public