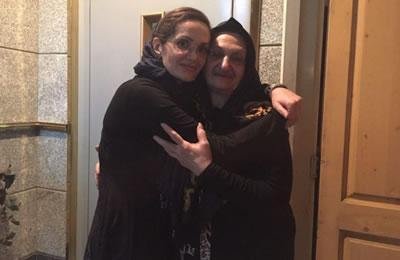 The fate of prisoner of conscience Maryam Naghash Zargaran remains unknown on the tenth day of her hunger strike despite persistent inquiries by her family.

They expressed concern and said all their inquiries and telephone contacts with the dispensary and women’s ward of Evin Prison have remained unanswered.

Ms. Naghash Zargaran has been on hunger strike since May 26, 2016 to protest lack of medical attention and undetermined status of her case.

In another act of protest, Ms. Zargaran refrained from visiting her family on Sunday, May 29, 2016. Subsequently, most of her cellmates in the women’s ward of

Evin refused their own visits in an act of solidarity.

Maryam Naghash Zargaran, who is considered a new convert to Christianity, was sentenced to four years in prison on the charge of acting against national security.