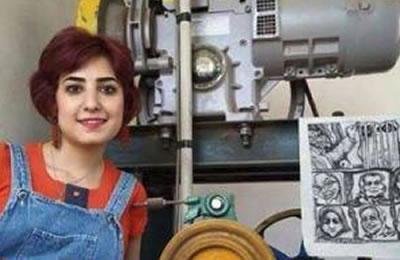 Former political prisoner Atena Farghadani who has been recently released from jail after being imprisoned for drawing a critical drawing of the clerical regime’s parliament,

To become a worker, you won’t need any educational degree, any license, or exemption from military draft… You shouldn’t fear, you have no other options anyway… It’s not important what your faith is… It doesn’t matter if you lie to anyone… or have killed anyone in your life! All you need is just a little dignity, just the opposite of becoming a president!!!