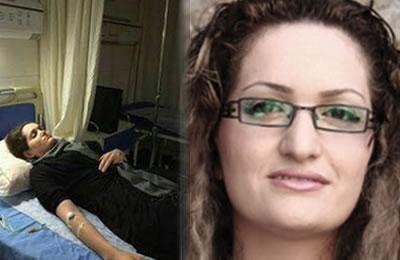 This Christian prisoner in the women’s ward of Evin who suffers from various illnesses,

was on hunger strike for 11 days.

Her mother, Zahra Pournohi Lagroudi, said, “Although I am happy that my daughter has been granted a leave but this was not reason for her hunger strike. We want her freedom. A few-days leave should not become an excuse for the authorities to ignore her demands. We still do not know how and based on what documents was she sentenced to 4 years in prison.”

“She says, she would wait until three days after the end of Ramadan, and if she is not released by then, she would resume her hunger strike,” her mother added.