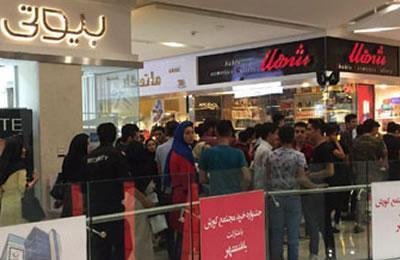 A recreational gathering in Tehran’s Kourosh Shopping Center on June 8, 2016, was violently attacked by the State Security Force.

In the wake of the attack, young participants chanted harsh anti-government slogans against the agents.

The state-run Bassij news agency called the gathering “an outlaw mixed-gender water splashing meeting” and wrote: “An individual was arrested on the charge of calling for this water splashing event. The gathering had been coordinated and arranged for in the social media.”

The Iranian security forces are afraid of any gatherings especially those organized on the social networks. They try to prevent formation of any small gathering for any reason.