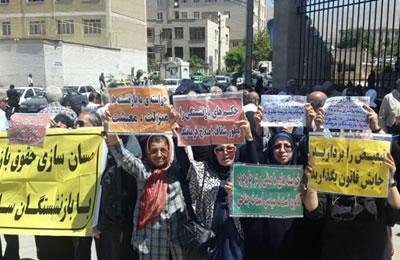 A number of retired teachers, many of them women, staged a protest outside the Administrative Justice Tribunal in Tehran on Wednesday morning, June 8, 2016.

Fearing people’s gathering to demand their rights, the State Security forces tried to prevent the spread of this news. They arrested a female journalist preparing news of this protest but were forced to release her after the crowd interfered.