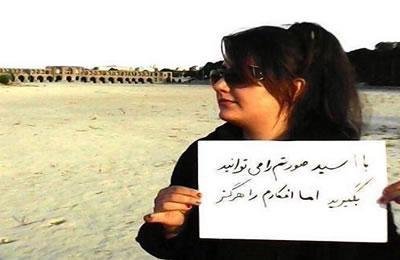 Iran: Women’s taking photos cause of drying of rivers

“I have received pictures in my office, of women taking pictures on the (dried up) river bed of Zayandeh Rood as if they are in Europe!

These are the things you do that dries up the river and then other things would get dried up, too.”

This absurd comment was made by the Friday prayer leader of Isfahan. Youssef Tabatabaii-Nejad continued, “(Women’s) veiling condition is bad in Isfahan. We did not do it right in the Cultural Revolution. All these years, we have not even been able to segregate the universities.”

He went on by assailing the social media and said: “You should deal with the ring leaders who disseminate indecencies. The Communications Ministry is able to find and suffocate these people. The State Security Forces can use the (extremist) Hezbollah kids to promote virtue and forbid evil.” to prohibit vice and promote virtue. ”

Similar speeches by Isfahan’s Friday Prayer leaders in the past have motivated extremists to resort to violence against women including the acid attacks in October 2014.

Iran: 21 arrested in a party, 4 for dropping their veils in public