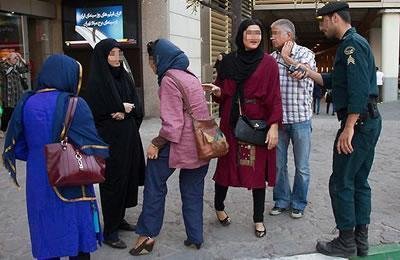 Iran: 21 arrested in a party, 4 for dropping their veils in public

Some 21 people were arrested at a party in the southern Iranian city of Kerman.

The arrests follow a wave of raids on residential houses throughout the country and arrest of people in private and family quarters.

Kerman’s Public Prosecutor added, “Four women have been arrested on the order of the special judge for dropping their veils in public.”

There have been many instances recently in which Iranian women have defied the compulsory veil by such rebellious measures.

Iran: Women’s taking photos cause of drying of rivers