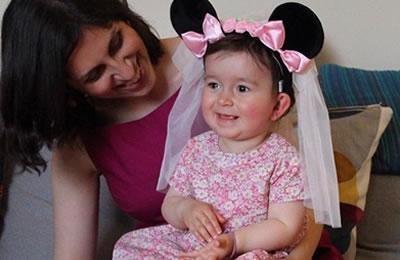 There is grave concern that the young British-Iranian mother has been confined in solitary cell, undercutting hopes for her freedom.

The British Daily Telegraph wrote on this: Nothing has been heard from Nazanin Zaghari-Ratcliffe, who was previously allowed almost daily phone calls with her family, since June 5. Nor is it clear which prison she is being held inside.

Mrs Ratcliffe, 37, was detained by the Revolutionary Guard Corps on April 3 as she tried to leave Iran with her daughter, Gabriella.

Mrs Ratcliffe, who has dual British-Iranian nationality, had been on holiday visiting her parents in Tehran. The authorities kept Gabriella’s British passport, meaning that the child is stranded inside Iran in the care of her grandparents.

The little girl passed her second birthday last Saturday without either her mother or her father, Richard Ratcliffe, who is in Britain. During the last phone call she was allowed to make from jail on June 5, Mrs Ratcliffe voiced the hope that she would be freed in time for her daughter’s birthday.

“I think she’s probably back in solitary confinement,” said Mr Ratcliffe. “Everything that we know is consistent with her being back in solitary. It’s really very concerning. She was very clear that she really hoped to be out in time for Gabriella’s birthday.”

Immediately after her arrest, Mrs Ratcliffe was taken to a prison in Kerman province, 600 miles south-east of Tehran, and placed in solitary confinement. She was then transferred to a group cell on May 18 and allowed to see her parents and Gabriella.

But Mr Ratcliffe, a 41-year-old accountant from Fleet in Hampshire, is no longer sure where she is being held. “It feels like it’s a demonstration of power and control,” he said. “She really had built all her hopes up to be released in time for Gabriella’s birthday.”

Mrs Ratcliffe, who has lived in Britain since 2007, is a program manager for the Thomson-Reuters Foundation, the charitable arm of the news agency.