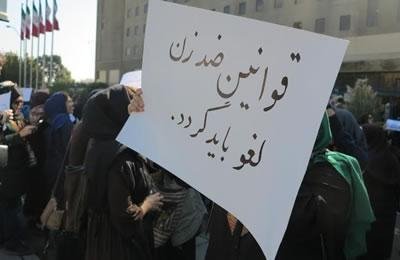 “We have no special laws in Iran to protect women against violence by their husbands.”

Behshid Arfania, attorney at law, acknowledged this and added, “According to article 1150 of the Civil Code, the man heads the family. So, if a man abuses his wife, he would be punished as much as a stranger did this. As a result, there is no special laws to protect women against their husbands’ abuse.”

Arfania also underlined, “If a woman feels in danger and leaves her husband’s house without a court authorization, she would suffer losing her alimony according to the laws.”