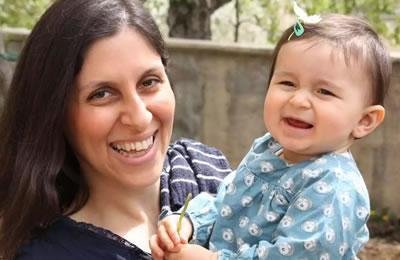 Nazanin Zaghari-Ratcliffe, the British-Iranian woman detained in Iran since April, has been accused of fomenting a “soft overthrow” of the Iranian regime.

Kerman’s Revolutionary Guards released a statement on Wednesday, June 15, 2016, accusing the 37-year-old of being the ringleader of a network of “hostile institutions” associated with foreign intelligence agencies.

Zaghari-Ratcliffe, a project manager at the Thomson Reuters Foundation, was arrested at Tehran’s international airport on 3 April. She and her two-year-old daughter were about to return to the UK from a family visit to Iran.

She was initially taken to an unknown location in Kerman, 600 miles south of the Iranian capital, but has since been detained in Tehran’s notorious Evin prison. She has spent much of her time in solitary confinement and has not yet been allowed access to a lawyer. Her daughter, Gabriella, who is a British citizen, is unable to leave the country because the authorities have confiscated her passport.