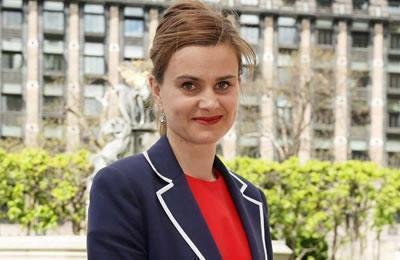 Jo Cox, the Labour MP, was shot and stabbed to death in a daylight attack on June 16, 2016, outside her West Yorkshire constituency surgery near the public library in Bristall.

The 41-year-old mother of two young children was a former charity worker and MP for Batley and Spen. Ms. Cox was a vocal advocate for those affected by the Syrian crisis. She chaired the all-party parliamentary group for Friends of Syria, and was vocal in making the case for military action in the country last autumn, on humanitarian grounds.

In a statement, her husband Brendan Cox, a former deputy director at Save the Children and adviser to Gordon Brown, said: “She would have wanted two things above all else to happen now. One, that our precious children are bathed in love, and two, that we all unite to fight against the hatred that killed her. Hate doesn’t have a creed, race or religion – it is poisonous.

“Jo believed in a better world and she fought for it every day of her life with an energy and a zest for life that would exhaust most people. Jo would have no regrets about her life. She lived every day of it to the full.”

British Prime Minister David Cameron said about her: “We’ve lost a great star. She was a great campaigning MP with huge compassion and a big heart. People are going to be very, very sad at what has happened.”

On Thursday night, the bishop of Huddersfield, Dr. Jonathan Gibbs, led a vigil for Cox where he said, “She was a woman utterly committed to serving others in the community and making a difference in it and the wider world