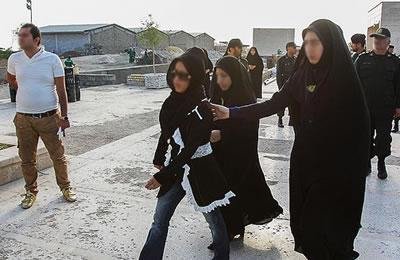 The Commander of the State Security Forces in the southwestern province of Charmahal-o Bakhtiari announced that 17 plans had been implemented over the past 6 months for monitoring business units.

In another development, the SSF Commander of the southwestern province of Boushehr also announced that his forces had given veiling warnings to 64.000 women over the past 3 months, since the beginning of the Iranian year. In the same period, 1262 were summoned to the Moral Security Police headquarters. The police also impounded 215 vehicles and dealt with another 500 suspected of dropping their veils.  (State-run Mehr news agency – June 19, 2016)