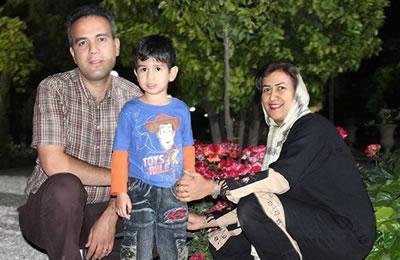 A Baha’i citizen, Azita Rafizadeh, has been arrested for teaching in Azad Scientific Institution.

Her husband is also incarcerated on similar charges. Their child is experiencing hard days living with another family.

Azita Rafizadeh was born in April 1980. She received her diploma in her hometown Tonekabon (northern Iran) but as a Baha’I, she was never allowed to Iranian universities. Thus, she pursued her education in India where she received her BS after three years. She returned home in 2008.

In a series of raids on the residences of Baha’i directors and professors in June 2011, Ms. Rafizadeh’s house was also attacked and inspected. Her books and electronic devices as well as her personal computer were taken away by security forces.

She is currently being held in the women’s ward of Tehran’s Evin Prison.