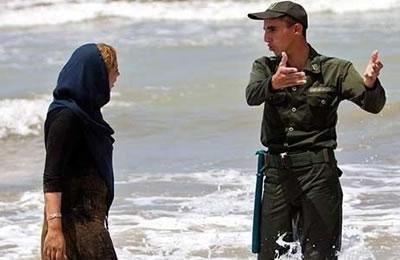 Iran: Beaches under check to prevent women from swimming

The State Security Forces commander in the northern province of Gilan announced that a new plan is being implemented in 140 points along the province’s beaches and recreation areas.

He said they deploy plainclothes agents and the paramilitary Bassij forces in this plan.

The plan to monitor the beaches is carried out every year in summer to prevent Iranian women from entering the sea and restrict their swimming in full attire and veil to limited areas.