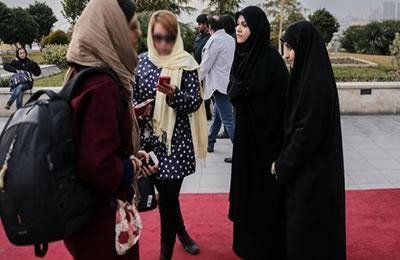 Female vice patrols have received vehicles to monitor women on the streets.

He said, “We have allocated vehicles to sisters promoting virtue and prohibiting evil. They have given warnings to over 1000 women so far to fix their veils. In a few instances, there were clashes and the culprits were turned into the judiciary.”

Khosravi Vafa added, “From now on, the vehicles whose passengers drop their veils will be stopped and impounded whether in the city or travelling between cities.”

Iran: Beaches under check to prevent women from swimming