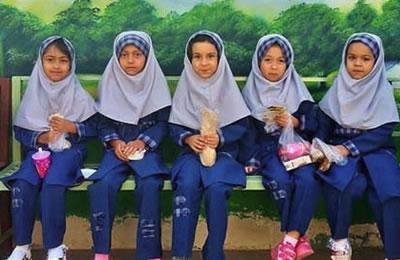 Iran: New call to up pressure of veiling on women and girls

A state-backed mullah called for increasing the pressure on women and girl children for observing the compulsory veil.

He called for mandatory veil for 5-6 year-old girls and more check and control in government offices and universities.

Raf’ii added, “The root cause of mal-veiling goes back to five factors. First, the person and her personality. Second, her family. When a family take their 5 or 6-year-old daughter out without the veil, this child will not receive any teachings in childhood. Third is the role of the government which is very important. The government can exert control at the airport, in government offices and in universities, because it has forces employed in those places. Another role belongs to the clergy. And monitoring of the cyber space and advertisements can also prove to be useful.” (State-run Mehr news agency, June 23, 2016)